The Oath Of Heathen Blood 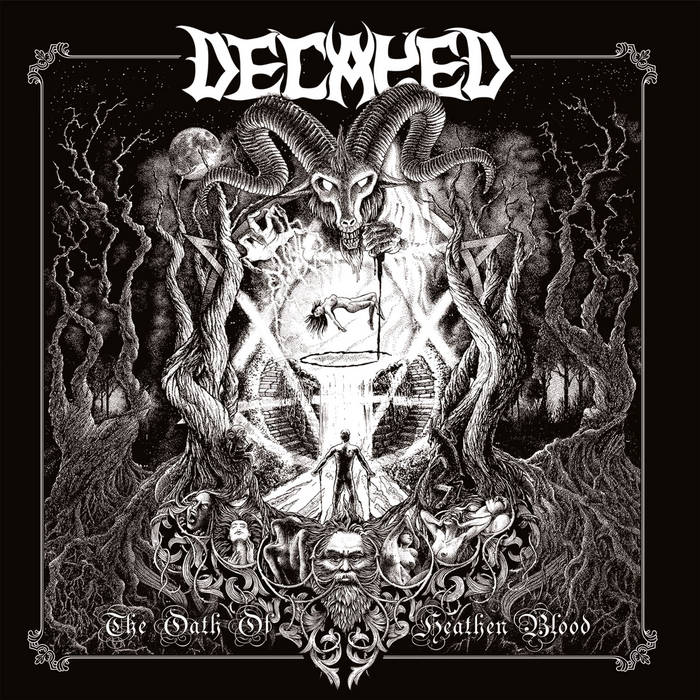 Throughout the past fifteen years, Portuguese Black Metal has been carving an unholy mark across the Underground spectrum, one spread far outside its local borders. With the upsurge of bands and the support of key labels and individuals, the Lusitanian plague has continuously been a vibrant one, firmly represented by the overall praise received from all over the globe. Of all the entities spewed from Portugal, one in particular stands out for its longevity, genuineness and general public communal. Constantly marching forward with numerous line-up changes over the years, JA stands as the group’s leader (and founder), with a vision named Decayed, a primal force on the Black Metal scenery for nearly three decades, unceasingly active, recording and performance wise, permanently faithful to the primeval Black Metal ethos, yet without being stale, stuck in the past or merely retro. Having released music on all types of formats and witnessed trends of different kinds arriving and fading away, Decayed reaches 2019 in full-force, stronger than ever and with what can be easily described as one of its highest accomplishments. “The Oath of Heathen Blood” is a spiteful attack in 10 portions which leads the listener on a journey through all the elements that forge Decayed’s recipe. Following in the steps of last year’s “Of Fire and Evil”, this profane document explores the aesthetics of death, occultism and blasphemy, a trail set to a hammering soundtrack of storming Black Metal, eternally ingrained in the darkness and evil of the ancient gods of the 1980s. Sonically piercing and utterly dynamic, “The Oath of Heathen Blood” profits immensely on its production, powerful, clear without ever loosing its harshness and strength, projecting a sense of true vigor which offers the tracks the potency they need and deserve. From mid-tempo witchery to ripping fast outbreaks of evil, this is a tome which shall feast any Decayed devotee. JA’s six-string malevolence is merciless as ever, casting a supreme riffing spell as powerful as it is his own peculiar sound, in perfect unison with Vulturius bulldozing bass and the impending intensity of his excellent vocal performance. Alongside these elements, the brilliant drumming execution by GR - undoubtedly one of the greatest aspects of this record - offers these songs the energy and sharpness they require, without forgetting the classic keyboard subtleties, a trait which immerses the songs with an extra and enticing aura.